Green Man from a Cistercian Abbey in Greece

As vernal nutrition clogs the soil….Very intriguing example of the often neglected spread of Western Pagan motifs into the ruins of Byzantium and the Eastern Latin church.

With such icons fixed in the minds Crusaders, whose psyches were perhaps still steeped in Christian-pagan appropriations, this piece, carved by a Western artist, was the keystone to a vault found inside a Cistercian abbey on the Peloponnese peninsula.

Acquisitions and Next Year

We stagger out to the Travin woodpile in the frosty dawn and peer down at this year and next.

E.A Poes House is on a Council Estate in West Baltimore

Visit to Poes Baltimore home set amongst the stairwells and chicken boxes. His garret room with its dormer window looks out on 19th C. Pastures and fleeting literary prosperity.

His bed a canvas tent amongst neatly organized piles of maps, he works the small vein amongst the tide of moss.
It’s frothy neon crest breaks upon his back as his face is striped at midday by the shadows of a Midlands jungle.

Mushrooms of the the central Appalachian range Vol 1

Dropped my field guide in a large urn of tea so conjured up some descriptions and effects of some recent sightings.

The Red Bastard of Everrets Mountain Ingestion causes rapid, continuous circling of a nearby tree for a period of 30 mins followed by a insatiable thirst for Tizer. Then you just fall face down in the gravel.

Muir’s Road Apple’s
A favourite of John’s, he used to carry a few dried specimens in a small ethically traded shoulder pouch when in residency at Yosemite. A good trail food. Shuts down the entire emotional spectrum immidently upon indigestion apart from a startlingly real and vigouros contrition. 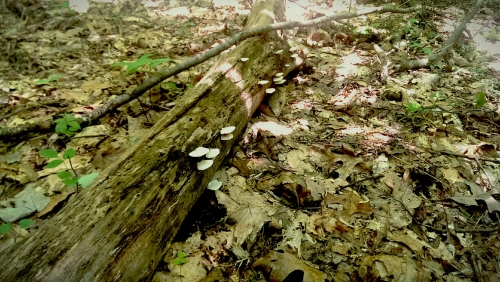 Sylloge Fungorum Omnium Hucusque Cognitorum or The Mycologyists Lament
A small nibble to one of the freshly plucked discs gradually induces a feeling that matches that of mid grade, provincial northern town, pub brought MDMA but is complimented by crippling pains in the lower abdomen, wrists and shins. As one observer of a ingester noted ” As the effects peaked, he looked like he had been hit, but not killed, by some 1992 raver tour bus on its way back from Helter Skelter in Milton Keynes”.

Husserls eyeglasses
For the topographer of consciousness and casual  observer of phenomena, Wilson suggested mescualine but four of these will see you fit. Lovely with with smoked bacon.

This Side of a huge Pelican

We have been buying a vast amount of Pelican material recently from a very fertile and reasonable source. Here’s one of the Blue Bastards now….

Rudston and Environs, The East Riding of Yorkshire

Hedged in by exceptional cursus,
the chancel and the Monolith peep from the long grass.

Tis the tallest Standing stone in England and hewn from the moors above Whitby by a gang of 9 1980s crustys twisted on muscimol.

Not far down the way between here and Burton Fleming, lies one of the largest Iron Age cemeterys in Europe and dotted around the locality are the four great Barrows of East Yorkshire.

and he proclaimed after giving him 2 quid :

“Topics such as ritualistic intermants, phallic eminances, cursus and Norse atavism flutter touges at sunset over cans of 20% extra free Holston round ‘ere.”

The Invasion of Nort Point Swamp seen from today

-Wellington Veterans take a minor tanning after Burning down DC

This and some Fife

A favorite in Baltimore yet strangely tucked away despite its dominating spire that climbs like a slender carved Meerschaum pipe into nitric firmament. Read All Hallows by Walter De La Mare.

All the features there to make this a prize card in your deck.

-John Knox and Calvin at the theological controls.

-273ft Spire, added  by the architect later after a mild brain fever.

-Tiffany glass in one of the West windows

-A lovely woman who lingers outside with the key to let you in for a scan.